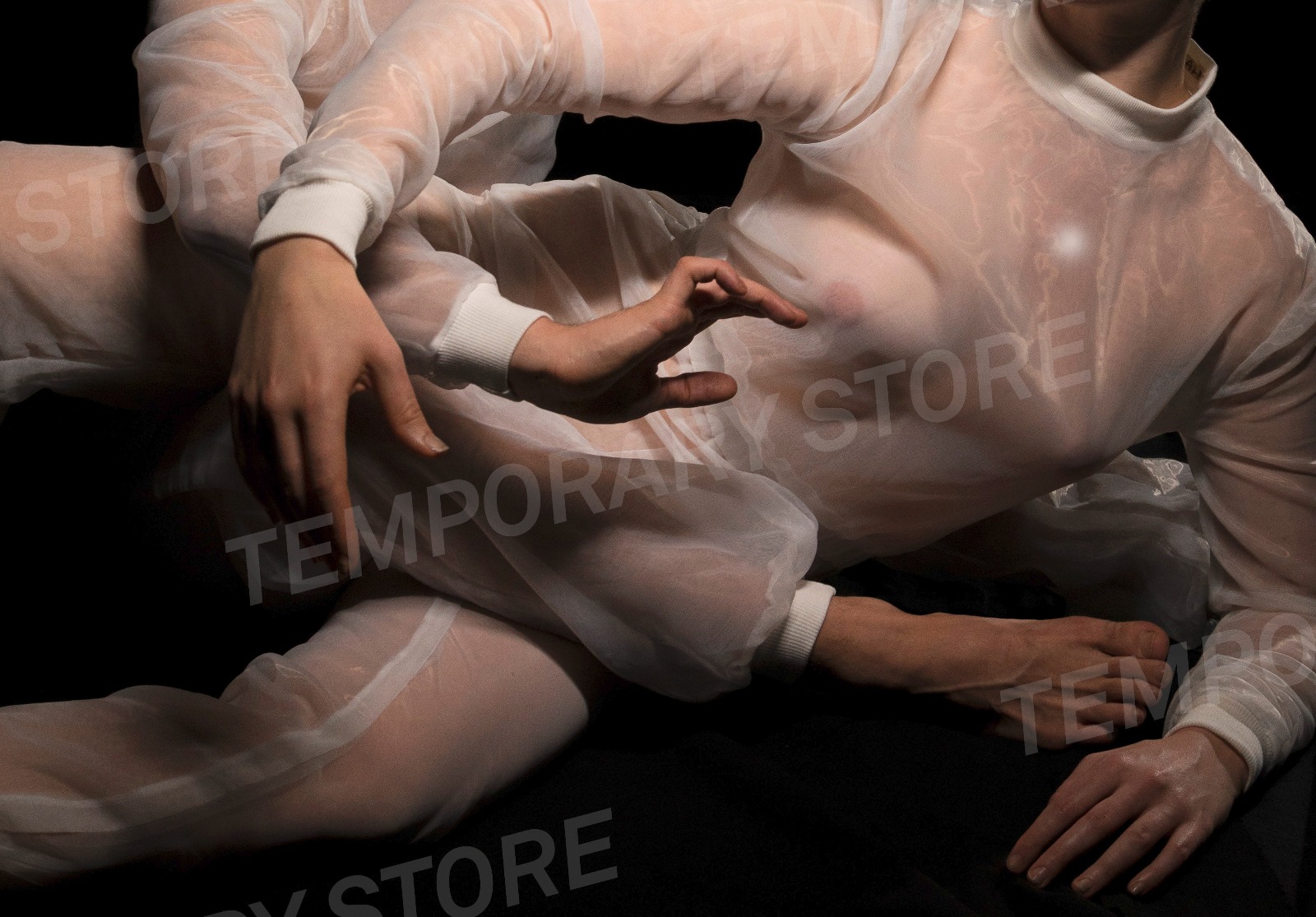 In a performance-installation ‘island’—suggestive of an exhibition space, a show-room, or a shrine— objects, bodies, and their digital spectres are on permanent display for all eternity. The performers are presented alongside ceremonial relics in a site pervaded by a fictitious corporate entity called Vessels Inc. This domain and the bodies/items it contains function as an archive; a  memory storage for information/life. Sadler searches for a choreographic interface between the realms of virtual and physical reality. Reinforcing the suspension of linearity and temporal progression, is Elaine Radigue’s score Trilogie de la Mort, based on the Tibetan Book Of The Dead.

Temporary Store is imagined as a ‘purgatorial pop-up’; a ‘post-temporal’ space where past and future intersect with one another, where time itself melts away to an endless unchanging now. The work thematises the ubiquity of time and death that conditions the physical body, by exhibiting the dancers as post-human ‘containers’. Any notion of an ‘inside’— previously associated with a soul or a desiring self — has been evacuated. Caught in a circularity of endless gestural loops, these commodified vessels carry the relics of human communication systems, yet share a single code. Pointing nowhere in a sea of nothingness, they become immortalised like works of art in a highly aestheticised environment from which ‘life’ has been removed.

There is nothing to buy in Temporary Store, but there is a coin from ancient Greek mythology, once laid on dead tongues to pay the ferryman for a passage to the underworld over the river Styx. Referencing and enacting the ritualistic in its first and middle parts, the piece ends with an image of a monochromatic futuristic morgue, in which even vessel bodies will eventually become virtual shadows of themselves.